It’s been a pleasure to partner with the City of Dundee known for the exceptional redevelopment of this Scottish coastal community. Dundee is the fourth largest metropolitan area in Scotland and a vibrant venue for the revitalized harbor area.

History began in the Iron Age, and Dundee was the site of many Medieval

battles. Dundee became a walled city in 1545 due to hostilities amid Henry VIII’s reign. The Industrial Revolution gave rise to the jute and linen industry of Dundee as well as maritime activities that built a vast fleet of ships.  The harbour and wharfs continued to develop into shopping venues.

walking tours to explore the following: 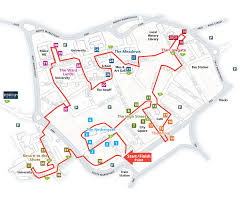 Share this
Tagged with: Dundee • Scotland • The Cowgate • The Nethergate • The Ward Lands