Working in partnership with the City of London Corporation, award winning GPS-audio tour brand, Geotourist, is delighted to announce the launch of a tour in the historic centre of London, as part of the Epic England collection. 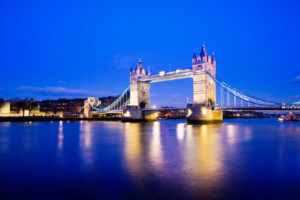 The City of London (the ‘Square Mile’) is home to several iconic landmarks, including Tower Bridge, St Paul’s Cathedral, Guildhall and on the City’s fringes, the Tower of London, as well as being rich in history that may be overlooked in the hustle and bustle of city life. Through the Epic England audio tours, Geotourist and partners have captured these stories digitally and preserved them for today and tomorrow, protecting local content for generations to come.

“We are proud to deliver Epic England and we are delighted to be working with the City of London Corporation for phase one of the Epic England project. London is England’s first city but it also plays an important role as a global city, made important by the people who have lived, loved, worked and died in the city.”

“As well as being known as a thriving global financial centre, the City of London has a vibrant arts and culture scene and a wealth of ancient buildings, including the City Corporation’s Guildhall and the remains of London’s Roman Amphitheatre under Guildhall Yard.

I am very interested to hear about Epic England’s audio guides and I hope that they do a sterling job of bringing alive the stories of London’s history for as many people as possible.”