Now you can follow in the footsteps of Outlander’s time-crossed lovers Claire and Jamie with the launch of our Outlander Scottish Filming Locations audio guide, with VisitScotland.

The new digital audio guide allows Outlander fans to immerse themselves in the romantic adventure at the Scottish filming locations of the TV phenomenon. The TV series returns to the screens for Season Five on 16 February in the US on Starz and on 17 February in the UK on Amazon Prime.

The set-jetting audio tour includes Scottish filming locations and landmarks from Seasons One to Four, such as Glen Coe, Doune Castle and Preston Mill, with some doubling as locations in France, the USA and the Caribbean, and has been created in association with the national tourism organisation.

Jenni Steele, Film and Creative Industries Manager at VisitScotland, said: “The Outlander Scottish Filming Locations Tour is a fantastic way for viewers to immerse themselves in the TV show and fall in love with Scotland, just as they fell in love with the story of Claire and Jamie. What better way to spend Valentine’s Day than to create your own romantic adventure in these unique settings. The impact of film and TV goes far beyond the production spend. With research finding that one in five visitors are inspired to plan a trip to Scotland after seeing it on-screen, the opportunities for the tourism industry are immense.”

The tour opens at Tweeddale Court in Edinburgh before embarking on a 42-point tour, which winds its way across Scotland to finish at Drumlanrig Castle in Dumfries and Galloway. Using GPS technology, the app pinpoints where users are and triggers various stories to play automatically as they pass by tour points. The tour can also be accessed and enjoyed from anywhere in the world through the app or via the website.

For visitors in the actual location, the tour gives them an easy-to-follow Outlander itinerary that may start in the capital but helps them to explore places they may not have otherwise considered.

For those using the app or website internationally, the tour is a fabulous experience which promotes Scotland as a destination and breaks down the invisible barrier from ‘would like to go’ to ‘inspire’ to ‘booked and packed for Scotland’. 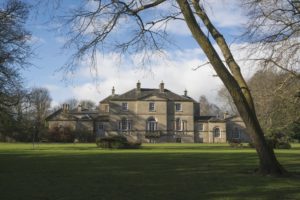 CEO and Geotourist founder, Shaon Talukder, who created the Geotourist concept said: “We are thrilled to welcome VisitScotland on to the Geotourist platform and we’re delighted to partner with them in producing this Outlander Scottish Filming Locations tour. We are proud advocates of using storytelling to help visitors and travellers enrich their experience and this multi-layered tour will do exactly that. Taking Diana Gabaldon’s outstanding story, with love and loyalty at the core, and then overlaying it with Scotland’s world class landscapes, landmarks and attractions  and weaving in Scotland’s history and heritage means that we can capture something very special, but very nuanced and complex, in an easy-to-use, free-to-all audio tour. A perfect companion for your visit to Scotland”

For information on Outlander, go to Visit Scotland.